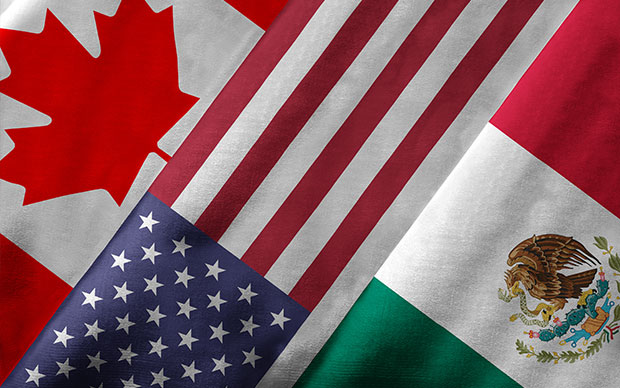 At an event in the Oval Office on Thursday morning, Trump explained his decision not to proceed with the order by saying that to pull out of NAFTA would be “a pretty big, you know, shock to the system.”

“Now, if I’m unable to make a fair deal … meaning a fair deal for our workers and our companies, I will terminate NAFTA. But we’re going to give renegotiation a good, strong shot,” he said.

Media reports about a withdrawal appeared Wednesday morning. By the end of the day, Trump had engaged in phone talks with Prime Minister Justin Trudeau and Mexican President Enrique Pena Nieto.

At a farm event in Gray, Sask., on Thursday morning, Trudeau said Trump had been thinking about cancelling the deal.

“I highlighted that, quite frankly, that whether or not there was a better deal to come, there were an awful lot of jobs, an awful lot of industries right now that have been developed under the NAFTA context.

“Disruption like cancelling NAFTA, even if theoretically [it] eventually might lead to better outcomes, would cause a lot of short- and medium-term pain for a lot of families,” Trudeau said, adding both leaders were elected on platforms of helping, not hurting.

Legal debates continue over whether the U.S. president could end the free trade deal without congressional approval.

“NAFTA was implemented through domestic legislation. The president can’t repeal that,” said Simon Lester, a trade policy analyst with the Cato Institute in Washington, a policy think-tank that advocates for free markets. “This would definitely be pushing the boundaries … there would be some pushback.”

“It can’t be good for his agenda. It just can’t be,” Lester said. “He’s going to really aggravate people he needs for really important domestic priorities and other foreign policy priorities.”

Lester said Canada and Mexico may wonder why they should come to the table with a withdrawal order hanging over negotiators’ heads.

“If you’re really contemplating withdrawal and ending NAFTA, what’s the point of this? You’re going to be asking [Canada and Mexico] to concede on things that [they] can’t possibly concede on, so you’re not even taking it seriously.”