When Irish Eyes Were Smiling 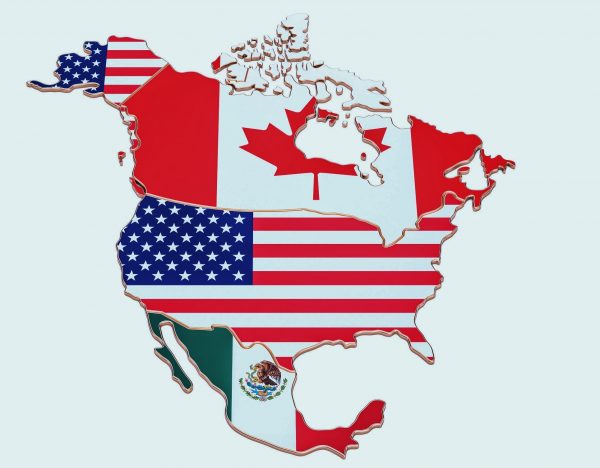 The door for this agreement (CUSFTA) was pried open during the tenure of Canadian Prime Minister Brian Mulroney. Following his election in 1984, Mulroney struck a friendly tone with President Ronald Reagan, and in 1985 the two met for the famous Shamrock Summit in Quebec City that featured a rousing rendition of When Irish Eyes Are Smiling with both politicians, their wives, and a parcel of Canadian celebrities chiming in. After the summit, Regan left no doubt that he welcomed future free trade talks between the two countries. Both Reagan and Mulroney agreed on the benefits of free trade and that lowering tariffs, and other barriers was a way to increase prosperity for both countries. Negotiations began, and ultimately created substantially liberalized trade between the two nations by removing most remaining tariffs. Canada kept the right to protect its cultural industries and such sectors as education and healthcare. Canada did not succeed in winning free competition for American government procurement contracts. However, Canada did succeed in pressing forward on the inclusion of a dispute resolution mechanism. On October 4th, 1987, both countries agreed to the Canada-United States Free Trade Agreement.

The deal met with stiff opposition in Canada. John Turner, the Liberal opposition leader, opposed it saying the deal would risk Canadian sovereignty and he would tear it up. The New Democratic Party was also squarely set against it. In part, this opposition resulted in the legislation to implement the agreement being delayed in the Canadian Senate. As a result In 1988, Mulroney called an Election, and it became known as the “Free Trade Election” Brian Mulroney’s Conservative party won a commanding majority! The CUSFTA passed into Law in Canada. In the US “fast-track” ratification by Ronald Reagan led to the deal passing through the house and Senate September 9th, 1988 and the CUSFTA came into force January 1st, 1989.

CUFSTA opened the way to more free trading as within six years the North American Free Trade Agreement (NAFTA) and the inclusion of Mexico had superseded CUFSTA.   While it could be argued that CUFSTA had the most significant impact for Canada – US Trade relations, NAFTA also had substantial effects. Accurately measuring those effects, however, has become a bit of a labyrinth, as there are several different factors involved with each country accounting for imports and exports differently.

For instance, most recent reports from the US Dept. of Commerce show that “The U.S. goods trade deficit with Canada was $17.5 billion in 2017 and The U.S. services trade surplus with Canada was $25.9 billion”. This presents what looks like an overall goods and services surplus of $8.4 billion, however other reports show this number varying wildly from a surplus to a sizable deficit depending on how re-exports are measured. However, where there is agreement, is that the overall picture shows a substantial increase in trade between the three signatory countries.   Trilateral trade has grown to a total of $1.2 trillion, an increase of by over 350% since 1993, the last year before NAFTA came into force. In 2017 Tri-lateral trade continued this trend increasing a further 6.5%.

The Canada US Free Trade Agreement marked a significant step in Canada’s trade-based relations and given the importance of trade to the Canadian economy, successive Canadian governments have negotiated other free trade agreements (FTAs) ensuring companies better access new markets around the world. Canada is an original member of the World Trade Organization and now has 14 free trade agreements in force including an agreement with the European Union (CETA). Canada is a free trading nation, and according to Global Affairs Canada, one in every five Canadian jobs is linked directly to exports.

It is a challenge for exporters, and importers wade through the different trade agreements, and a qualified Customs Broker is your best partner to help you navigate these changing complexities. Border Brokers specializes in eliminating barriers and creating personal solutions for your cross-border logistics!