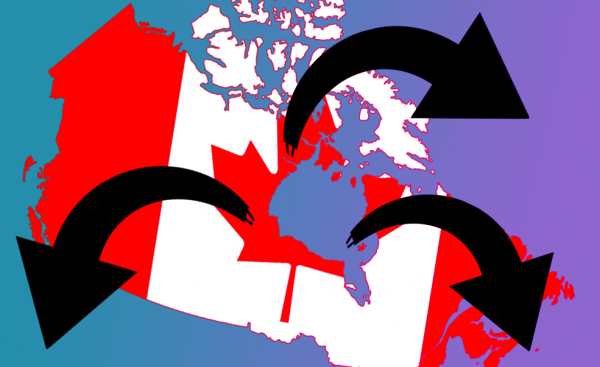 Canada has a surprisingly large number of free trade agreements with other countries. Though you may have only heard of such deals as NAFTA and CETA, which feature prominently in the news due to their recent emergence or erratic renegotiations, Canada is actually involved in an astounding 15 trade agreements, which has vast implications toward the importation and exportation of goods between these countries.

While each trade agreement is unique in its provisions, it is important to understand when and how they arose, as well as the sections and chapters involved. It should also be noted that the majority of these free trade agreements are relatively recent, having been enacted within the last 10-20 years.

What does it mean to have a free trade agreement between countries?

A free trade agreement can be considered a trade bloc, which is an intergovernmental agreement involving two or more governments (belonging to countries, unions, states, etc.) where trade barriers, such as tariffs or certain policies, are abolished or reduced in order to encourage economic integration between these parties.

This trade agreement between Canada and the U.S. was negotiated in October, 1987 and signed in January, 1988. It marked the beginning of Canada’s prosperous history with trade agreements, starting with our closest neighbor, and allowed citizens of the two countries to import goods with little to no duty attached. This agreement saw the rise of cross-border shopping, where Canadian citizens would cross into the U.S. to purchase goods, but also inadvertently led to the loss of many jobs in the early 90’s due to a recession that was in part attributed to CUSFTA and the low value of the Canadian dollar. Due to the failure of this agreement to release such resources as water and lumber from Canada to the U.S., it is also likely to be the source of the ongoing softwood lumber dispute.

Shortly after CUSFTA came into play, Mexico entered negotiations for a similar trade agreement with Canada and the U.S. In January 1994, a new trade agreement, the North American Free Trade Agreement (NAFTA) came into play and superseded CUSFTA. This either eliminated or reduced trade barriers between Canada, the U.S., and Mexico, which has proven overall beneficial to the North American economy and the average citizen, but a detriment to a small minority of workers in industries affected by trade competition. NAFTA eliminates tariffs on more than one-half of Mexico’s exports to the U.S., and one-third of U.S. exports to Mexico, with most of the U.S.-Mexico tariffs to be eliminated within ten years of the agreement, in addition to the majority of tariffs having already been eliminated between U.S. and Canada. Agriculture is the only sector that remains highly controversial in NAFTA negotiations, with heavy restrictions still in place between Canada and the U.S., while agricultural trade between U.S. and Mexico is given much more freedom. NAFTA is one of the largest trade blocs in the world in terms of the market value of all affected goods.

Following the creation of NAFTA, Canada pursued free trade agreements with Israel in January, 1997 (CIFTA), Chile in July, 1997 (CCFTA), and Costa Rica in November, 2002 (CCRFTA). CIFTA sees the majority of tariffs on manufactured and agricultural goods eliminated, with exception to the agricultural sectors of poultry, eggs, and dairy, and was also the first of Canada’s trade agreements to be made outside of the Western Hemisphere. CCFTA was Chile’s first trade agreement, and saw up to 75% of tariffs on bilateral trades eliminated. Over the first decade of CIFTA being enacted, trade between Canada and Chile increased by up to 300%; Canada continues to be one of Chile’s largest and most prominent investors. CCRFTA sees tariffs primarily on agricultural and automotive industries eliminated. Because of its innovative procedures and provisions, it has been suggested that the Free Trade Area of the Americas, a proposed agreement between all North American countries outside of Cuba, be modeled after the CCRFTA.

In January, 2008, Canada entered into a trade agreement with the member states of the European Free Trade Association: Iceland, Norway, Switzerland and Liechtenstein. The agreement is intended to eliminate all tariffs on goods traded between these countries, and thus far has remained a prosperous trade agreement for both Canada and the EFTA. Only some agricultural and fishery goods are excluded from this agreement, likely due to sanitation policies.

These free trade agreements all came into play due to Canada’s strong involvement in the economic environments surrounding those countries. Peru is Canada’s third-largest trading partner in Latin America and the Caribbean, and presents opportunities in the Agriculture, Mining/Oil, Information/Communication Technologies, and Services industries. Columbia largely exports vegetables and cereals to Canada. This agreement, alongside that made with Peru, was intended to be part of a trade agreement made with Canada and the Andean Community of Nations: Bolivia, Columbia, Ecuador, and Peru; however, only Peru and Columbia were in position to move forward with these negotiations. They were made in August, 2009 with Peru, and August, 2011 with Columbia.

The trade agreement made with Panama has already eliminated up to 90% of tariffs between Canada and Panama, enforced in April, 2013, with the remaining 10% to be phased out over the next decade. Canada and Honduras began bilateral trade negotiations in 2010 following the collapse of a potential agreement with Canada and the Central American Four: Honduras, Guatemala, El Salvador, and Nicaragua.

The trade agreement made with the Ukraine allows elimination of all tariffs of bilaterally traded goods, and was put into force in August, 2017.

CETA is likely one of the trade agreements that most people have heard of, although understanding of it may still be fairly limited to those outside of global trade industries. This trade agreement is made between Canada and all 28 members of the European Union, and has eliminated 98% of all tariffs between Canada and the EU. Though it was signed in October, 2016, it was provisionally enforced in September, 2017, which means that not all of the tariffs covered by the negotiations have been eliminated yet. The success of CETA can be attributed to Canada and the EU’s long history of economic cooperation, as the EU is one of Canada’s largest investors. However, several disputes have arisen over CETA and its implications, and it much of CETA’s provisions are still under scrutiny. When questioned whether or not CETA was compatible with EU law, the European Court of Justice eventually determined that it was.

The Comprehensive and Progressive Agreement for Trans-Pacific Partnership (CPTPP)

CPTPP is a trade agreement between Australia, Brunei, Canada, Chile, Japan, Malaysia, Mexico, New Zealand, Peru, Singapore, and Vietnam that was put into force in December, 2018. While a few of these countries already have trade agreements in place with Canada, the CPTPP is enacted to eliminate tariffs uniformly between all participating countries, and includes the majority of the Trans-Pacific Partnership (TPP) provisions. While this agreement continues to add to the list of countries Canada has reduced trade barriers with, it also imparts further criticism on the steadily decreasing number of automobile parts that are imported tariff-free, which has created tension during NAFTA negotiations. However, the CPTPP is continuously reviewing internal provisions and may continue to remove or reinstate tariffs between these countries.

In January, 2017, discussions arose about the renegotiation of NAFTA. This resulted in the development of a new agreement to replace NAFTA, titled the United States-Mexico-Canada Agreement (USMCA). This agreement is intended to increase environmental and labor regulations, as well as encourage the domestic production of automobiles in the U.S., Mexico, and Canada. Notably, it will also increase the duty-free limit for Canadians purchasing U.S. goods online from $20 to $150. However, it has not yet come into force, and until negotiations have settled on this agreement, its predecessor, NAFTA, remains in place.

It should also be noted that Canada is currently negotiating trade deals with the Caribbean Community (CARICOM), Dominican Republic, Guatemala, Nicaragua, and El Salvidor, as well as India, Japan, Morocco, Singapore, the Pacific Alliance, and Mercosur. There have been exploratory discussions about negotiating free trade agreements with China, Philippines, Thailand, Turkey, and the Association of South East Asian Nations (ASEAN). Free trade agreements with these countries could further expand Canada’s list of trade partners in which tariffs are reduced or eliminated completely.

When importing goods into Canada, be sure to double check whether or not Canada has a free trade agreement with the country from which these goods are purchased. If so, then it’s possible that your goods could benefit from reduced tariffs, or be completely duty-free. As always, it helps to consult a customs specialist for a definitive answer. Contact A.D. Rutherford International for any queries or consultation regarding global compliance laws.